What is Apple Pay and How Does it Work? 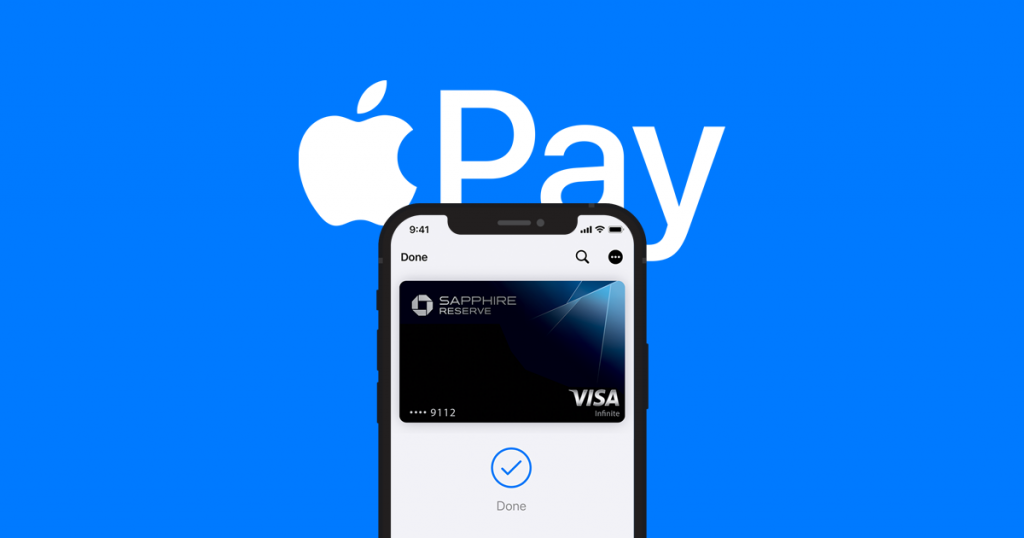 Apple Pay is a new mobile payment system that allows users with the iPhone 6, Apple Watch or later running iOS 8.1 or higher to pay for items at participating retailers via its NFC (Near Field Communications) chip with just a touch of their phone in stores. The user brings up Apple Pay with a double-click on the home button, authenticates with their fingerprint and the transaction is complete.

All credit, debit and store card information is transferred securely between a user’s device and an NFC-enabled payment terminal using tokenization and unique Device Account Numbers (DANs), which replace the need to provide actual account information; this gives retailers a one-time use code for each purchase that is useless to anyone else. In addition, Apple Pay supports reward cards and other special offers from select merchants.

Since its debut in October 2014, it has gradually gained traction with both consumers and retailers; as of February 2016, there were 1.5 million locations where Apple Pay could be used in the United States and 3 million locations worldwide. Apple expects this number to grow as the service is made available in more countries.

How Does Apple Pay Compare to Other Mobile Payment Systems?

Apple Pay is one of several mobile payment options on the market and has a few key advantages over its competitors. First, because it’s backed by Apple, users are likely to have a higher degree of trust in the system and be more likely to use it. Second, as already mentioned, Apple Pay is accepted at a growing number of retailers – in fact, as of February 2016, it was accepted at more locations than either Android Pay or Samsung Pay. Finally, Apple’s “closed-loop” system – that is, the fact that only certain iPhones and Apple Watch models work with it – is likely to be a selling point with those who prefer to have one payment system for all of their online activities as well as physical purchases.

How Does Apple Pay Work?

Apple started accepting credit and debit cards from the three major payment networks, American Express, MasterCard and Visa, in October 2014. In order to use Apple Pay, a user must have an iPhone 6 or later, Apple Watch or newer device with iOS 8.1 or higher installed and a card from one of these networks.

In order to add a payment method, the user opens the Wallet app on their phone and taps on the “Add Credit or Debit Card” button. The first time a card is added, users are asked to verify the expiration date and security code before they can use it for purchases.

Once a payment method has been added, Apple Pay shows up as an option in compatible stores by bringing up Wallet on the phone and tapping on the “Apple Pay” button. A user then authenticate with Touch ID and hold the phone near the contactless reader, which will use NFC to transmit payment information securely between the device and the payment terminal. After a successful transaction, users receive an on-screen confirmation and any rewards they may have earned as part of Apple’s partnership with select merchants.

What Are the Fees for Using Apple Pay?

Apple Pay does not charge users any fees for using the service. However, the retailer may charge a fee depending on the type of payment method used and the country in which it is located. For example, in the United States, merchants are not allowed to charge more than $0.25 for a contactless payment using a debit card.

What Are the Limits for Apple Pay?

The maximum amount that can be charged using Apple Pay is $2,000 per transaction and $10,000 per day. These limits are set by the card issuer and not Apple.

How Safe Is Apple Pay?

Apple Pay is extremely secure, as it uses a number of different methods to protect users from fraud and theft. For one thing, Apple never actually receives or stores the credit card numbers that are transmitted during a transaction; instead, they are given a unique Device Account Number for each device that is activated with Apple Pay. This account number is then encrypted and stored on a secure chip in the device.

In addition, each transaction is verified with a one-time code that is sent to the user’s phone. This code is only valid for a single purchase and expires immediately after it is used. Finally, if a phone is lost or stolen, users can suspend or delete their Apple Pay account by going to iCloud.com or through the Find My iPhone app.

What Are the Advantages of Apple Pay?

Apple Pay has a few key advantages over other mobile payment systems, including:

What Are the Disadvantages of Apple Pay?

On the other hand, there are a few issues to bear in mind when using Apple Pay: The system requires users to have an iPhone or other device with NFC capabilities and be in an area with a contactless reader, which many retailers do not yet have. In addition, while Apple Pay can help to prevent credit card fraud on lost or stolen devices, it cannot stop users from being hacked if their iCloud account is compromised through another avenue.

How Do I Get Started With Apple Pay?

In order to start using Apple Pay, users must first add a payment method. This can be done by opening the Wallet app on their iPhone and tapping on the “Add Credit or Debit Card” button. From there, they will be asked to verify their card’s expiration date and security code.